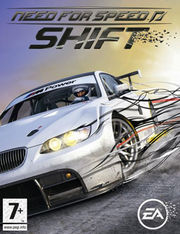 Need For Speed: SHIFT is the 13th installment in the long-running racing game series Need for Speed. Developed by Slightly Mad Studios, the game is a significant departure from the general series formula, instead focusing on a hardcore racing simulation approach, possibly mildly influenced by the generally disliked by critics and fans installment Need for Speed ProStreet.

The game had been reportedly in development for two years. It features a new "driving experience", as well as driver achievements; certain feats players must achieve on track, similar to the reward card system in Need for Speed Carbon. G-Force is an important part in the game, as in all simulators. Notably the in-car view makes its first appearance in an NFS game since 2000's Porsche Unleashed. The in-car view is highly detailed, and it will be possible to see the driver changing gears and moving his head to get a better view of the mirror. The crashes will affect the player's visuals. While crashing, there will be a temporary blur on screen. The sound aspect will have detailed car crash sound, as well as a sharp gasp of breath from the driver before a collision.

There is also a driver profile feature. This shows the precision or aggression used in races and the total driver points of a player. There is a total of 37 tracks (variants included) that can be raced with a total of 84 cars.

The second DLC, entitled Ferrari Racing Pac was released on 16th February 2010, exclusive to the Xbox 360 and at a price of 800 Microsoft Points or $10.00. It marks the return of Ferrari vehicles for the first time in the series since 2002's Hot Pursuit 2. 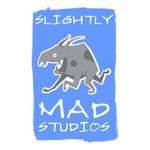